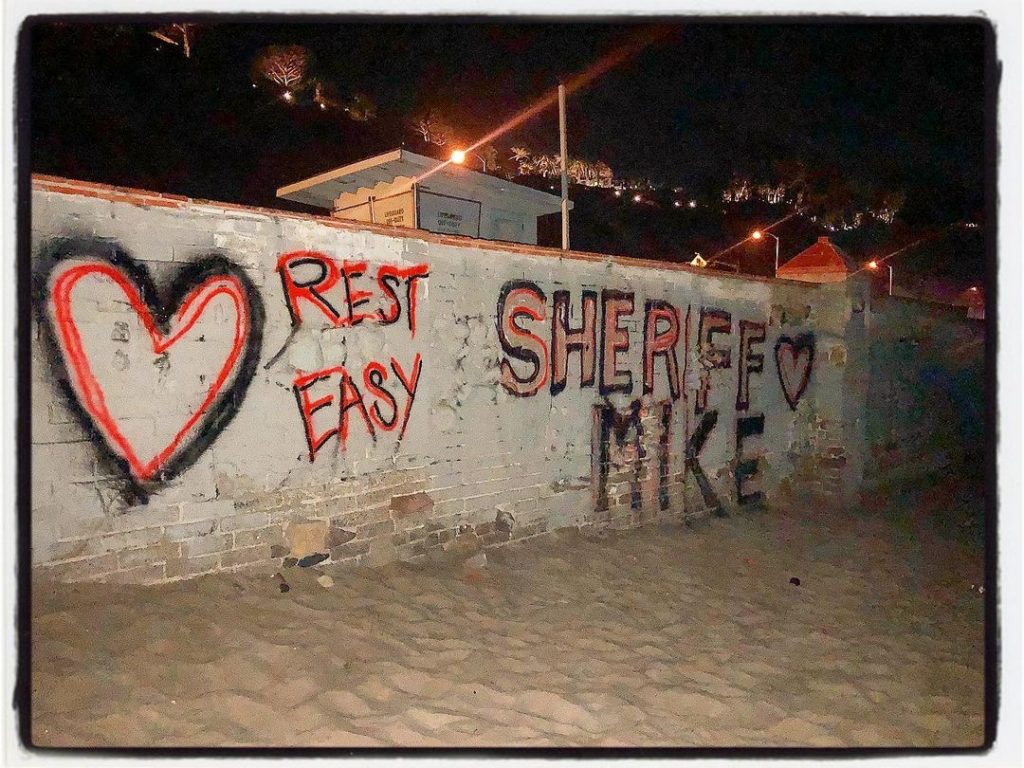 Captain Chuck Becerra released this statement regarding the tragic loss of one of Malibu’s valued members of the community and longtime Lost Hills Deputy Mike Treinen on April 5th.

“Our LASD – Lost Hills Family are deeply saddened to report the untimely death of Deputy Michael Treinen. Deputy Treinen faithfully served the citizens of Los Angeles County for over 30 years, spending the majority of that time assigned to Lost Hills Station. Deputy Treinen trained many of our now seasoned deputies that continue to patrol our jurisdiction. He finished his service at Lost Hills Station as the homeless liaison for the City of Malibu and a training officer for our reserve deputies before retiring last year. Deputy Treinen was beloved by his community and by those who worked alongside him. Rest in Peace Mike, your service, humility and quiet strength will never be forgotten. #thankyouforyourservice“

Treinen finished his service at the Lost Hills Station in 2020 and leaves behind his wife Sharon and three sons that are devastated by his loss.

The outpouring from community was overwhelming with the Lost Hills Station and family members. A GoFundme was set up for the Treinen family and a paddle out at Zuma Beach, Tower 14 on April 18th.

A beautiful memorial has been set up at the site of Treinen’s passing honoring a man whose commitment to family, friends and serving his community was immeasurable.