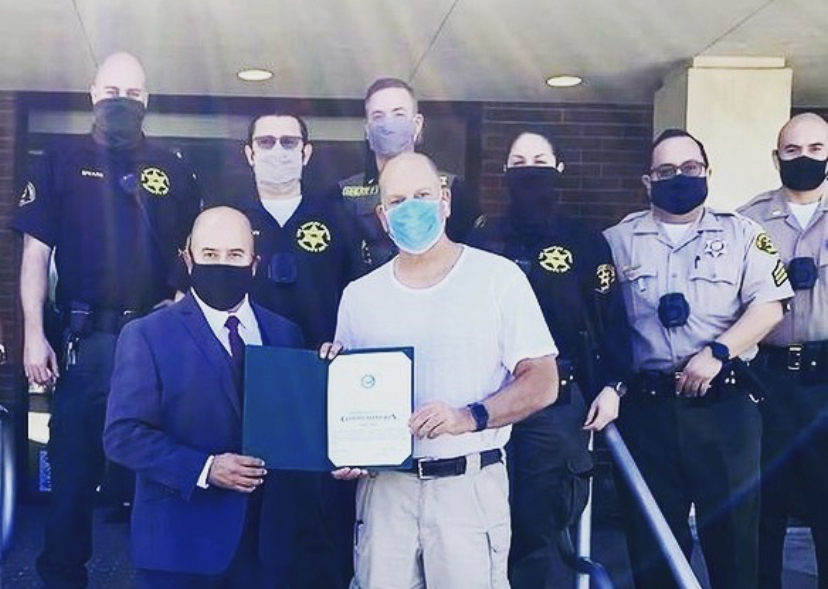 Saul’s expertise in public safety which includes 9 year’s on the City’s Public Safety Commission and currently operates Malibu Emergency Preparedness Solutions. Becerra recruited Saul early last year and immediately enlisted his help to craft a robust plan which was reviewed and given the blessing by the L.A. County Sheriff’s Department, L.A. County Fire and L.A. County Office of Emergency Management.

In February 2020, Becerra returned to the station as Acting Captain after former Captain Matthew Vander Horck was removed following the station’s negligence in properly investigating a sexual assault case and failure to issue a Public Safety alert. Shortly after, a change in command was ordered by Sheriff Alex Villanueva.

Immediately upon Becerra’s return, one of his primary focuses was Emergency Preparedness Protocol, one of the most important parts of public safety in the areas serviced by the Lost Hills Station – especially important after the devastation caused by the Woolsey Fire.

In June 2020, Sheriff Villanueva and his command staff made a trip to 69 Bravo Helistop, a command post and filling station for LACOFD water-dropping helicopters (located in Topanga). The tour was mean to educate law enforcement on the importance preparation for a potentially dangerous fire season as Santa Ana wind events were fast approaching.

The visit to 69 Bravo by Sheriff Villanueva was unprecedented as his predecessor, former Sheriff Jim McDonnell previously declined a tour while still in office. Under McDonnell’s administration, emergency preparedness of this nature was not a priority and the significance of a resource like 69 Bravo went unrecognized.

In fact, our whole region went unrecognized by McDonnell as the Woolsey fire ravaged the area and just days after the November 2018 Sheriff’s election, it was Sheriff-Elect Villanueva who made the trip from his home over an hour away to visit the troops stationed at Zuma Beach even though McDonnell was still in charge during one of the most devastating fires in California history.

The change in command at the Lost Hills Station has resulted in increased cooperation with community leaders and stellar communication coming out of the station under Becerra’s leadership. The actions taken to improve communication not just during emergencies, but overall, including tagging local media in statements and information released on their social media platforms. This strategy has greatly increased awareness and transparency on every level and we are a safer community for it.